Aretha Franklin, who sang at the Presidential Inauguration on January 20, 2009,  announced that she would present President Barack Obama and First Lady Michelle Obama with an official Inaugural gift – 17 Sermons by the late Reverend Clarence LaVaughn Franklin, her father.

Those 17 Sermons were recorded in post WWII Detroit, at New Bethel Baptist Church, by record seller and producer of Blues and Gospel records, the late Joseph Von Battle, my father. 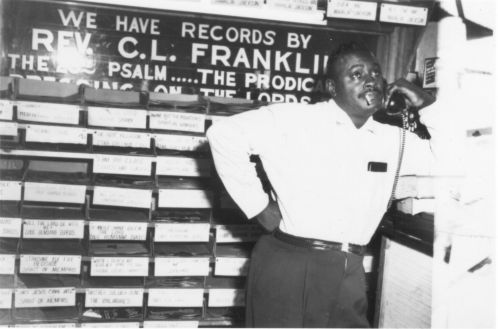 Joe Von Battle recorded the ascendency of the modern African-American form of the Gospel in America, personified in the gifted preaching of the Rev. C. L. Franklin.

My family witnessed the successes and struggles of our father and Rev. Franklin, as they made their own, individual ways out of no way. Joe Von Battle Jr. and Darryl Battle, my brothers, assisted and/or accompanied my father to these historic recording sessions.

It is a bittersweet affirmation and a profound honor for my family to have the works of our father, in the form of 17 of the estimated 53 sermons he recorded by the Rev. C. L. Franklin, become a permanent part of the history and Official Record of the President of the United States of America. 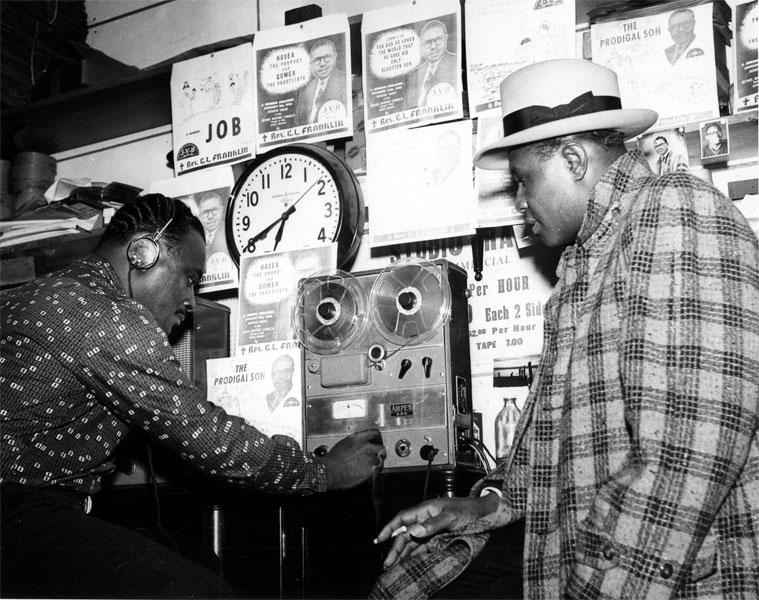 My father would be proud of this tribute to these recordings that he made so long ago and of his documentation of the sermonic works one of the most gifted preachers in history.

But he would not be surprised.

For despite acute challenges, Joe Von Battle knew the importance of his work, and he knew that one day, many others would know, too. 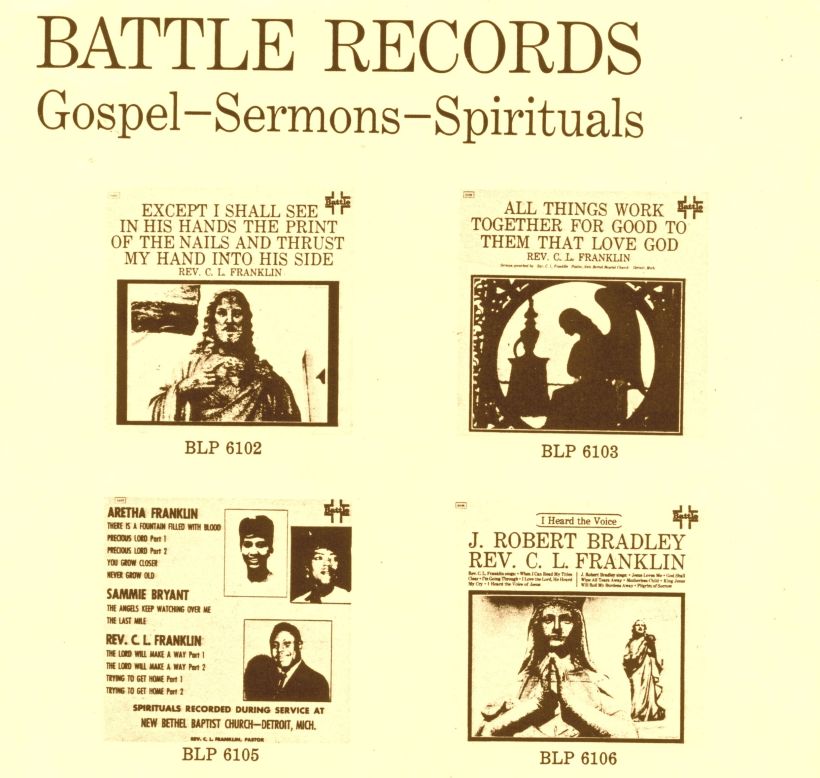 For more on Joe Von Battle and his music, see sidebar:

“Requiem for a Record Shop Man”

4. Joe Von Battle, left, and Rev. C. L. Franklin, right, at the reel-to-reel in the back of the  Hastings St. record shop/studio

Marsha Music was born in Detroit and grew up in Highland Park, Michigan - a city within the city of Detroit. She has lived in these two cities her entire life. She is the daughter of legendary pre-Motown record producer, the late Joe Von Battle, and west side Detroit beauty and music lover, the late Shirley Battle. Marsha is the eldest child of her father's second marriage - she has 3 elder half-siblings, and 3 younger siblings.

Joe Von Battle's record shop and recording studio opened on old Hastings St. in 1945 and, after years of initial success with selling and recording Blues and Gospel music, he struggled with keeping the record business in the midst of changing times, urban "renewal" (which caused the record shop to have to close, due to the destruction of Hastings St., and the development of the Chrysler Freeway, and move to 12th Street), and struggles with alcohol as he coped with his new reality.

So, along with her parents' gifts, the family experienced great challenges; ultimately Joe's 12th St. store and studio were destroyed in Detroit's '67 Rebellion. He died in 1973, weakened by Addison's disease (an affliction of the adrenals) and years of alcoholism.

Having experienced her family's struggles with alcohol - and then her own - in the late 80's, at age 33, Marsha adopted a life of sobriety.

Ms. Music is a self- described "primordial Detroiter," and a "Detroitist". She became an activist in her early teens in the social tumult of the late sixties, and was founding member of the iconic League of Revolutionary Black Workers. She was later a labor union president - the first Black, first woman and youngest in her local union's history.

Through it all, she has been a writer - and she has written acclaimed essays, poems and narratives about the city’s music, and its past and future. Her writings have appeared in over a dozen important anthologies. She is a self-educated scholar, a noted speaker and presenter, and has contributed to many narratives, voice-overs, oral histories and documentary films - including on HBO, The History Channel, Prime movies and PBS. In 2000 she made her first documentary appearance in the film, City on Fire - the 1968 Detroit Tigers, and in 2017 she was a narrator in the acclaimed documentary film on the 1967 Rebellion, 12th and Clairmount - and many more before and since.

Ms. Music was awarded the prestigious Kresge Literary Arts Fellowship in 2012, as well as a 2015 Knight Arts Challenge award, and has received accolades for her One Woman Show, Marsha Music - Live On Hastings Street! In 2015 she was commissioned to create a poem about Detroit for the acclaimed Symphony in D, which she read in performances with the Detroit Symphony. Ms. Music was the narrator in Michigan Opera Theatre's Twilight:Gods, a new opera staged in MOT's parking garage - due to the pandemic - in 2020, to great critical acclaim.

A Detroit cultural luminary, Marsha was the opening speaker for the July 2016 opening of the Detroit '67 project at the Detroit Historical Museum, and was commissioned to create a poem for the Belle Isle Conservancy.

She is writing a book and developing a documentary film about her father's record shop, with veteran Detroit film-maker Juanita Anderson. Ms. Music's presence in the community includes membership in the General Baker Institute, of which she was a founder, to the Board of Directors of the Detroit Institute of Arts, in 2021.

Marsha Music, after years in Lafayette Park - designated a National Historic Landmark - now lives in the historic Palmer Park district. In addition to her writing, she pursues a life of fiber arts, cultural activism, and style. She writes about music and Detroit on her website and Facebook page, both eponymously named Marsha Music, and in 2019 she published her inaugural book, The Detroitist.